The Echelon Leadership Council (ELC) was established in the summer of 2017 after approval from The Salvation Army's National Advisory Board and national Salvation Army leadership. The ELC is currently comprised of 8 members who are also involved in a local Echelon chapter. The purpose of the ELC is to support the Salvation Army's strategic effort of developing and expanding Echelon across the United States by acting as a think-tank and guiding coalition on behalf of National Advisory Board Development Committee. The ELC meets face-to-face three times a year in conjunction with the National Advisory Board to discuss matters related to national Echelon policy and development. The ELC often invites additional representatives from Echelon chapters around the nation to participate in these meetings. The ELC hopes to provide support surrounding Echelon best practices and resources to chapters across the country.

Anil joined Echelon in 2015 and went on to serve as the President of the Detroit chapter. He also sits on the Salvaton Army's local advisory board. His favorite Echelon event is his chapter's fowling event (a combination of football and bowling) because it brings together excitement, teamwork and competitiveness while also representing a local favorite sport. Through this event, the Detroit chapter has been able to get so much engagement from people who want to participate and contribute to the cause that Echelon supports. Anil hopes to use the insight and experience gained from his involvement in his local chapter to help other chapters grow. Anil believes that growth is the hardest challenge anyone has to face, but once you have momentum there is no slowing down the mission.

Rachel joined Echelon in 2014 as a member of the Peoria, IL chapter and is currently the chapter's president. Her favorite Echelon event is serving dinner at the Dinner with Love program in Peoria. Through this event, Rachel has been able to get to know many of the clients, and she enjoys seeing their smiles and gratitude when the chapter provides a hot meal. Her other favorite event is the chapter's annual Red Hot Christmas event. It is a celebration of the chapter's success over the year and also raises money to continue to Do the Most Good! Rachel hopes that by being a part of the ELC she will be able to create a connection between chapters and individuals. She is excited about the scale and potential of Echelon nationally and loves that she is connected to so many people who are called to serve just as she is. 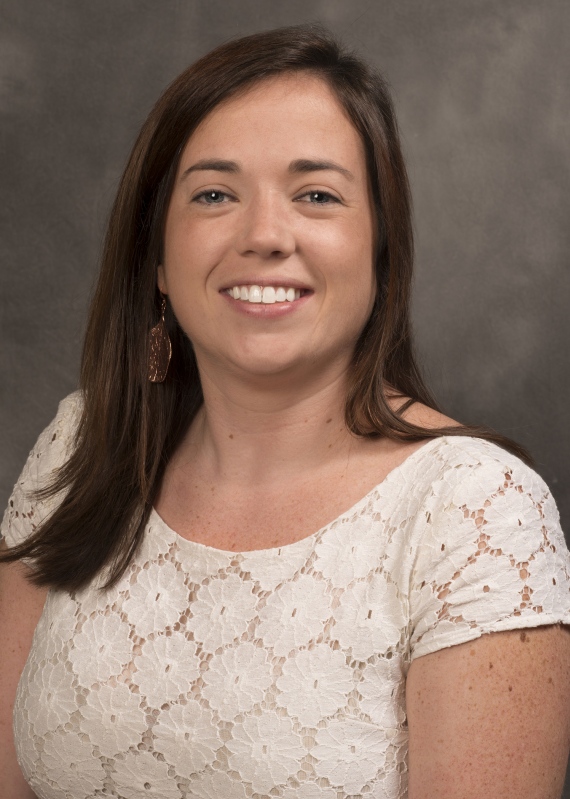 Cate has been involved with Echelon since the formation of Echelon St. Louis in 2015. She currently serves as the chapter's Secretary. Her favorite Echelon event is the annual Garbage Bag Gala - a fashion show fundraiser where participants use recycled materials to create stunning designs. Through her role on the ELC, Cate looks forward to helping chapters all across the country. She hopes the ELC can help chapters to feel like they have resources who have experienced the same successes and difficulties as them.

Kaitlyn joined the ELC in 2018. She was founding member and is the current Co-President of the Echelon Greenville chapter which began in January 2017. Kaitlyn loves Greenville's "Share the Cheer" event as she loves experiencing the joy of buying gifts with her fellow Echelon members for children in need. Through her role on the ELC, Kaitlyn hopes to help new or struggling chapters get on their feet so they can prosper instead of strictly surviving from one event to the next.

Jenny has been involved with Echelon for over 2.5 years. She recruited the founding the Echelon Sacramento Board and is currently working to develop chapters in Roseville, CA and Reno, NV. Jenny works for The Salvation Army and is the staff liaison for the Del Oro Division, but she also chooses to serve as Echelon Sacramentos Social Media Chair. Her favorite Echelon event is her chapters Departure Gala which features music, good food, and fundraising! By serving on the ELC, Jenny hopes to help other chapters build and strategize. She believes social media is a huge tool in building and branding boards. Her is goal is to have the Echelon name nationally recognized. She believes that by bringing awareness to Echelon and The Salvation Army, we are bringing awareness to the local communities that are served by these groups. .

Maria began her Echelon involvement in 2016 and was one of the founders of the Echelon Syracuse chapter which was chartered in 2017. She served as the VP for two years before recently becoming the President of the chapter. Her favorite Echelon Syracuse event is Brunch in the Alley. This idea was originated by Echelon MKE, but Echelon Syracuse thought it would be a great way for them to raise money to support feeding programs for individuals experiencing homelessness within their communities. As an ELC member, Maria hopes to create an environment where any chapter is comfortable reaching out to her or any other ELC member when they face challenges. She also looks forward to supporting existing chapters and encouraging the development of new ones to keep Echelon growing across the country.

Chitra Kirpalani - Chapter Reporting/Financials
Chitra's involvement with Echelon started as one of the early members of the Birmingham Echelon chapter. She now serves as Co-President of the Echelon Birmingham chapter and is excited to join the Echelon Leadership Council. Using her expertise from her role as an accounting manager at Alabama Power Company, Chitra is excited to help measure Echelon's imapct through chapter reporting and provide guidance to chapters on establishing effective financial practices.